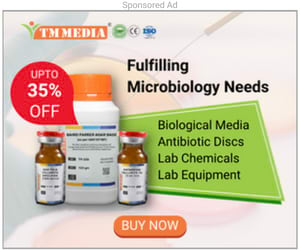 IgG Purification Kit (Protein A Based, Gravity Flow) is supplied by HiMedia. This kit is useful for routine purification of antibodies. Samples containing IgG are incubated with immobilized Protein A in a buffer that facilitates binding. After non-IgG components are washed from the column, the bound IgG is recovered by elution. The supplied buffers provide for maximum immunoglobulin binding and elution efficiency with the Protein A column. The pre-packed Protein A columns and desalting columns supplied in the kit make IgG purification easy and efficient.

Protein A is a cell wall component produced by several strains of Staphylococcus aureus and consists of a single 42 kDa polypeptide chain and contains little or no carbohydrate. The unique functional property of Protein A is its ability to bind specifically to the Fc region of immunoglobulins, especially IgG. The Protein A molecule contains four high affinity (Ka = 108 M-1) binding sites capable of interacting with the Fc region of several species. The molecule is heat-stable and retains its native conformation when exposed to denaturing agents such as 4M urea, 4M thiocyanate and 6M guanidine hydrochloride. Protein A covalently coupled to agarose is used as an affinity support for isolating IgG from several species. However, the interaction between Protein A and IgG is not equivalent for all species. Despite its variable binding characteristics, Protein A possesses IgG-binding properties that make it ideal for affinity purification of IgG from the serum. When using samples from species not well referenced in the literature, conduct preliminary experiments to determine if a particular immunoglobulin binds or not. The Protein A resin supplied in this kit is superior to other commercially available Protein A agarose resins because immobilization is accomplished by stable secondary amine bonds. The result is an affinity resin with excellent stability and binding characteristics, enabling the column to be re-used multiple times without significant loss in binding capacity.