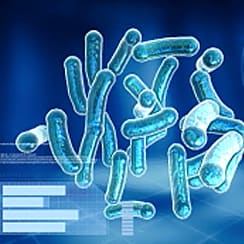 Several biochemical tests are used routinely in diagnostic, microbiological and environmental laboratories to identify microorganisms which are present in a given sample. Once pure colonies of microorganisms are obtained from a sample, they microbes can be categorised up to species level using a set of microbial identification tests. These tests characterize the microorganisms based on some test parameters like ability to grow in a certain medium, based on the fermentation capacity, ability to degrade a certain media component etc. Some of the basic biochemical tests include the catalase test, CAMP test, coagulase test, starch hydrolysis test etc. Currently several prepared strips and discs are available which make the process of biochemical testing much easier. Tests like adonitol identification discs, arabinose identification discs, bacitracin, lactose identification discs allow a tester to differentiate even between closely related species. Some biochemical tests use the ability of microbes to use certain compounds as alternative carbon sources, to classify them. Kits which allow testing for different types of microorganisms are also available.