50X TAE, is supplied by HiMedia. It is available in the form of a colourless solution. 50X TAE buffer is used for electrophoresis of nucleic acids after diluting it to 1X. It has a lower buffer capacity than TBE; however, linear dsDNA tends to run faster in TAE than in TBE buffer. TAE Buffer is commonly used in low voltage DNA electrophoresis applications. It's relatively low buffering capacity will become exhausted in extended or high current runs, making buffer recirculation necessary in such runs. It is advisable to store this product room temperature (15-25C). 50X TAE is composed of pure molecular biology grade Tris base, EDTA and acetic acid and conveniently premixed to save time.

Tris-Acetate-EDTA (TAE) buffer is commonly used in DNA agarose gel electrophoresis. It is used both in the agarose gel itself and in the running buffer. In TAE buffer linear and double-stranded DNA separates faster compared to Tris-Borate-EDTA (TBE) buffer. TAE is recommended over TBE for preparative gel electrophoresis in which the electrophoresed DNA fragments being separated are to be used in cloning, and other work requiring enzymatic applications. TAE (Tris-Acetate-EDTA) buffer is widely used in all DNA electrophoresis applications. TAE buffer provides better resolution of fragments greater than 4 kb. Potential advantages of TAE over TBE buffers include superior resolution of supercoiled DNA and slightly faster migration of double stranded (ds) linear DNA fragments. 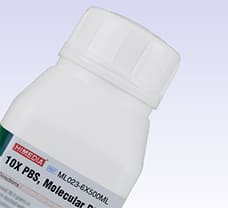 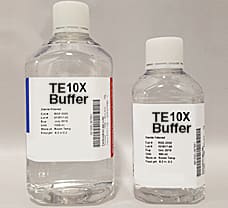