GLUCOSE-L- GOD/POD Method, is supplied by BHAT BIO-TECH. This kit can be used to measure Glucose (Glu) content in serum, plasma samples. This rapid and simple enzymatic colorimetric method is used for the quantitative determination of D-glucose in foodstuffs such as baking agents, diet beer and dietetic foods, as well as in pharmaceuticals, cosmetics and biological samples. Glucose is the major carbohydrate present in blood. Its oxidation in the cells is the source of energy for the body. Increased levels of glucose are found in diabetes mellitus, hyperparathyroidism, pancreatitis, and renal failure. Decreased levels are found in insulinoma, hypothyroidism, hypopituitarism, and extensive liver disease. Glucose oxidase (GOD) catalyses the oxidation of glucose to gluconate. The formed hydrogen peroxide (H2O2) is detected by a chromogenic oxygen acceptor, phenol, 4- Aminophenazone (4-AP) in the presence of peroxidase (POD). The intensity of the color formed is proportional to the glucose concentration in the serum. Liquid Glucose reagent is stable until the expiry date printed on the label of the bottle, when stored at 2-8 C. 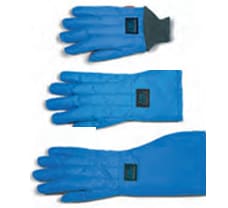